Cybertruck: Love It Or Hate It? Two points of view

The unveiling of Tesla's Cybertruck has prompted debate like very few electric cars before it. Here, two of our writers argue their points of whether it's a hit or a miss.

Every so often the world shifts, a piece of tech or a new thought process changes the way we look at something. The funny thing is that hindsight is an amazing thing and when we look back at this change, we know what it achieved.

Apple Retail was the "final nail in the coffin" for the tech giant. "Who wants to have a touch screen phone that is £1,000" again a review of iPhone when it first was announced. Apple removed the CD drive from the MacBook Air in 2010. And the criticism it received was incredible, it enabled it to make the MacBook even thinner and easier to carry, does it seem like a silly decision now? Those decisions all seem like certain winners. Humans don't know they need something until it has been used. Do you know what else happens? The losers (or the 'issues') get forgotten very very quickly. Do you use Google Plus? Apple Maps? Or iTunes Ping? Does anyone even remember iTunes Ping? It was the next biggest thing in Music.

Enter Cybertruck, Tesla's answer to the pickup and probably their most radical on-the-surface vehicle they have ever made. But really it is an electric car, there is nothing on this vehicle that will change electric motoring as such. It could - and I stress the could - change the way we look at the Pickup. Pickups have been the same for donkey's years. They are essentially coach-built, which is when the build a chassis with a topper. Tesla has done this to great effect with Model S and Model X, and Model 3 and Y and if rumors are true, Roadster as well. Cybertruck is built like a plane; it's outside body is stressed. Made from 30x cold-rolled stainless steam, super tough, “not fake tough” a little dig at Ford from Elon Musk at the unveiling. It won’t really scratch, it’s body is bulletproof, (or perhaps even cooler), the same stuff the Rocket built to go to Mars will be made from. It makes it incredibly stiff and will make it a dream to drive in a dynamic setting.

"Why is this important? I don't intend to drive my pick up truck fast." Absolutely, but on sand, gravel or snow, a car that can slide and be predictable is a Godsend. Pickups and 4x4s don't tend to be the best in these situations. Do you know what else this will allow it to be? Waterproof, or airtight; if Tesla decides to it will allow the car to be pressurised. Yes, it would work on Mars.

But these "gimmicks" are interesting because I would argue that they aren’t gimmicks, they are to make people who buy pick-ups question what they already buy and in the USA and Australia, car culture is fairly limited to Ford or GM. Families become loyal, not to a pick-up but to a Ford. This looks, feels and is so different people are actually made to sit up and take notice, and perhaps, some of its ugliness is to announce itself on the stage! See exhibit 1

Because it is big, they can fill it full of batteries, we will see a truck with more than 500 miles of range. 500 miles! A bit of perspective, that is anywhere in England to anywhere in England, anywhere in Scotland to anywhere else in Scotland, the whole of Ireland, or Seattle to Los Angeles with one charging stop. Your efficiency will drop drastically if you are towing and this is why this range is so important, it will allow towing over distances that make sense, your caravan or trailer can then plug into Cybertruck as a power source.

Then there is Torque Vectoring to keep safe; the new all-wheel drive system from three motors will allow torque vectoring, and enable rotation of the car to be silky smooth.

WHAT ON EARTH IS TORQUE VECTORING?

Think of a tank, it doesn't turn the front or the back to create a rotation like the handlebars of a bike, the front wheels of a car or the rudder of a boat but it spins its tracks at different speeds. A bit like a kayak, if you want to go left you paddle on the right more often than paddling on the left. Or if you want to turn even faster, you paddle backwards on the left while padding forward on the right. The fact that the rear of the car will have two independent motors, it will allow the computer to do this automatically.

The benefit is in trying to turn a corner in low grip situations, climbing on rocky terrain. Or trailering, Cybertruck will be able to prevent the trailer from getting snakey (swaying left and right) without it impacting on the steering wheel. And because it is electric, all of this happens almost instantly. And the top-performing model will pull over 6 tonnes!

Some other cool little tricks; it has a fold-down third seat in the front, allowing for 6 people to sit in the cab. Air suspension will come as standard and will raise and lower as the truck needs. The tonneau cover on the rear, you'll be able to stand on that and carry a tonne and a half in the bed. With the tonneau closed you have 100 cubic feet of storage too! That is 2,831 litres, read it again. Yup! A whole load.

Barring some mishaps these reasons could make this a vehicle we remember for changing agriculture, military, and recreational vehicles forever. Or not. The market will decide and it will be interesting to look back at it in ten years but when was the last time you put a CD in your computer?

Charlie Fraser is one of the 200,000 that have pre-ordered a Cybertruck.

So, “Uncle” Elon has unveiled the latest vehicle from the Tesla mothership. The Cybertruck. The internet has been ablaze with scorn. And, quite rightly so. It’s one of the weirdest looking vehicles that I’ve seen for a long time (and I include concept cars in this review). It sure don’t look like a pickup. Back in October Tesla’s iconoclastic leader described it as “closer to an armored personnel carrier from the future”. Now we know how accurate that description was.

Yes, it looks like an outcast from N64 classic Starfox or a poorly rendered 3D vector. Or a cardboard box that’s been dropped down the stairs a few times. Or Kryton from Red Dwarf. And, yes, I hear the arguments that visionary designs need to push the envelope to move the conversation on. Not when they’re this ugly they don’t. During the big unveiling event I was half expecting Elon Musk to do a big reveal; lift off the ugly angular shell and, and show off the sleek lines of the real Cybertruck. I’m sort-of still expecting this. 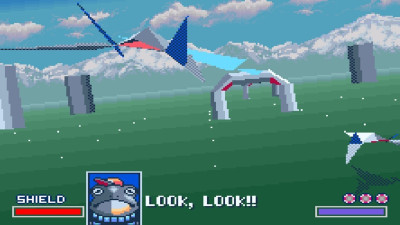 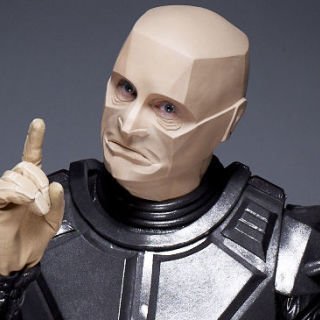 But aside from the.. shall we say... ‘idiosyncratic’ looks, there’s a more fundamental issue to the Cybertruck. What, exactly is its purpose? Yes, pickup trucks aren't such a big thing in the UK. The market, the terrain, the practicalities of owning one when you can’t park it in half the parking spaces. The comparison Tesla is purporting is with a Ford F150. This, tellingly, is the biggest selling pick up in the US. They’re going after the big In the UK, my guess would be that there are less than 150. But in the US, pickups are big business, making up around 15% of the market. So, an Englishman who sits in an office all day isn’t the target market. But I can’t see it taking off in the blue-collar rust belts either. Sure, it will have a big following of macho Hollywood types that also want to show off their green credentials (it’s the perfect intersection for Arnie’s Hummer and Arnie’s Prius).

The unveiling event focussed on two things; its toughness, and its price.

The price point is bang on where it needs to be; starting around the same as the competition but without the need to fill it up with £100 of diesel. It’s electric. It will be great to drive, and low cost to run.

But the fact it’s (almost) bulletproof? There really isn’t a need for a vehicle that resists all kinds of high powered propellants. Unless you’re sending it into a war zone. On the mean streets of Hertfordshire, probably less necessary. There’s no bison charging me on my commute, I don’t need to feel that protected.

There were over 200,000 pre-orders in the first three days show, so it’s clearly caught some imagination (although these are all $100 refundable deposits, so I’m waiting to see how many of these turn to orders). It also shows that Tesla’s model of getting cheap capital through deposits is a very effective one.

Tesla is a great company; they have revolutionised the world of electric vehicles by making amazing cars that don’t ruin the planet, that are accessible to the masses. They’re allowed a few follies along the road to mass adoption. This is theirs.

Stuart Wilks is adamant that he will never buy a Cybertruck.

Keeping your electric vehicle healthy during lock down!